If you are looking for things to do in Stowe this summer, you will not be disappointed! Below are just a few of the fun, family-friendly activities taking place in town this summer.

The Stoweflake Hot Air Balloon Festival takes place from July 6th to July 8th. View balloon launches and enjoy live entertainment, all while sitting back and relaxing in the beer and wine garden. Things to do in Stowe – Stoweflake Hot Air Balloon Festival

The celebration, which has been taking place for over 30 years, features a variety of activities for children, live entertainment, and delicious food, as well as a wine and beer garden. With advanced reservations hot-air balloon rides are open to the public. Shorter rides in tethered hot-air balloons are available on a first come first served basis as well. Because these rides are very popular, you’ll want to arrive early.

While Stowe is a very pet-friendly town, pets are not allowed at the Balloon Festival for safety reasons. Nervous about going up? According to the festival organizers, the first hot-air balloon passengers were a rooster, a sheep, and a duck! It was an eight-minute flight, and they all survived!

An Old Fashioned Fourth of July

An Old Fashioned Fourth of July is a classic New England event, with The Independence Day Parade begins at 1pm at the Stowe Events Field and ends at the Memorial Park. The parade goes through the village and features floats, animals, bands from all over Vermont and more!

In addition to the Stowe parade, visitors will love the Moscow Parade, which takes place earlier in the day, and is known for its casual, small-town charm. All of the floats are assembled on the morning of the parade. The Moscow festivities are a budget-friendly affair, as all participants are required to spend no more than $10 on decorations.

In Stowe Village you’ll find an Old Fashioned Village Festival with Street performers, face painting, local artisans, a climbing wall, live music from groups like The Groovy Trio and the Frank Springer Band, festive food, and more to kick off the day long celebration! You can even try your skills at dunking local celebrities in the dunk tank! 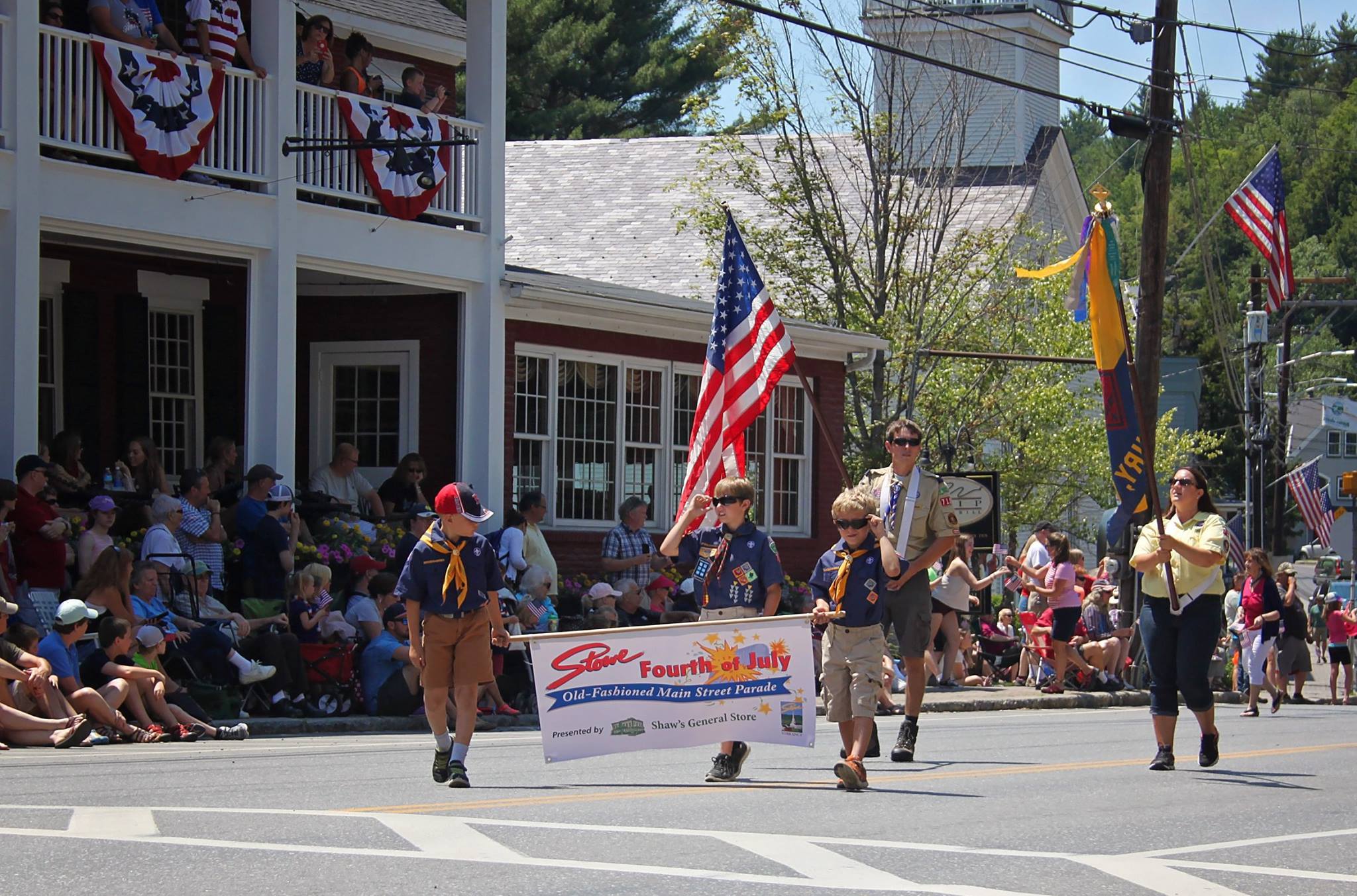 Things to do in Stowe – An Old Fashioned Fourth of July

A highlight of the celebrations is the annual Pie Eating Contest, where you can challenge yourself, family, and friends to this fun event! If getting to eat lots of pie isn’t enough to entice you, participants also get a commemorative t-shirt to sweeten the deal! There are multiple rounds in two age categories, with the winners competing in the final round in the afternoon.

If you haven’t filled up on too much pie or rather, you need to burn it off, you might like to try Stowe’s “World’s Shortest Marathon” 1.7-mile fun run! It starts at the intersection of Main Street and Mountain Road.

What would the 4th be without fireworks?! The fireworks, hosted by Town of Stowe Parks & Recreation, begin after dark.

Our wonderful local businesses offer July 4th sales in the Village and along the Mountain Road all day long.

Things to do in Stowe – British Invasion Car Show

The “British Invasion” takes place from September 14th to September 16th. It’s a weekend-long celebration that is a salute to the great British motorcar and British lifestyle.

Whether you’re interested in a Downton Abbey style or James Bond style roadster, you’re sure to find lots to capture your imagination! You’re also sure to love the clever British background music. In addition to the Car Show, there is The British Invasion Dinner, a Saturday evening reception at Stoweflake Mountain Resort & Spa. The Car Show runs from 9am to 5pm on Saturday and 9am to 3pm on Sunday. You can purchase a one or two day passes for adults and children under 12 are free. The proceeds from parking fees benefit the American Cancer Society. 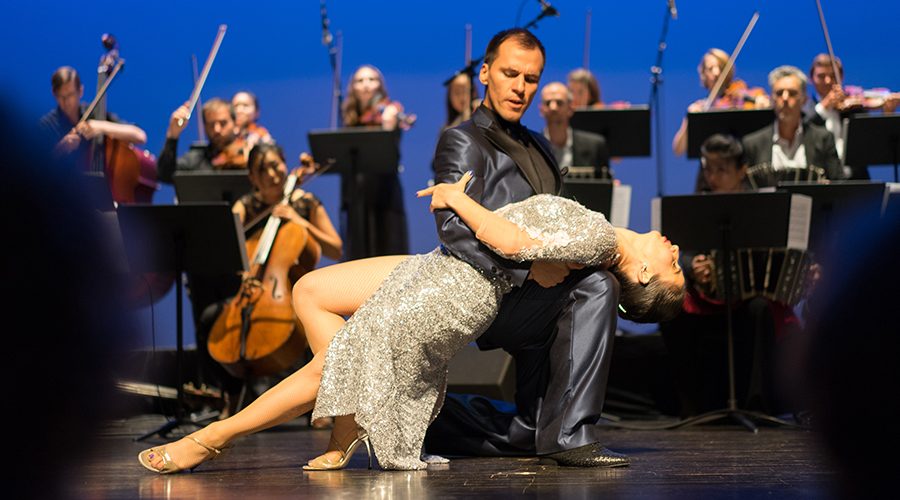 Things to do in Stowe – Stowe Tango Music Festival

Founded by bandoneonist Hector Del Curto and cellist Jisoo Ok, the Stowe Tango Music Festival is the premier tango music festival of the United States. It is noteworthy for both its unique series of performances and its high level of musical training.

An especially relevant highlight of the festival is the Stowe Tango Music Festival Orchestra, a tango orchestra comprised of students from all over the world and world-class artists including guest tango legends from Argentina. There are also events for dancers as well as the world’s only bandoneon competition: The Che Bandoneon International Competition. For those of you who, like us, were not in the know, a bandoneon is a small square concertina, or accordion, that is known for its use in latin music.

Looking for a more challenging event? Stowe offers plenty of events for the athletic crowd this summer. For the fleet footed crowd there are several distances to choose from. Two of the most noteworthy races to choose from are the Stowe 8 Miler and the Race to the Top of Vermont.

Stowe 8 Miler and 5k is held July 8th. For nearly 40 years, the Stowe 8-Miler has offered a tour of Stowe’s rolling hills and scenic vistas, including a stretch through the quaint village of Stowe itself. Prefer to take it easier? The 5k course is for you, with only 70 feet in elevation changes over its 3.1 miles. Things to do in Stowe – Road and Trail Races

Finally, for the very fittest among us, there’s The Race to the Top of Vermont, which takes place on August 26th is known as “the hardest race Everyone Can Do!” The race is organized by the Catamount Trail Association. Participants hike, bike or run up Mt. Mansfield, Vermont’s highest peak. The course is 4.3 miles long with an elevation gain of 2,564 feet.

What are your favorite things to do in Stowe this Summer? For more ideas, stop by Red Barn Realty of Vermont’s offices at 1878 Mountain Road. We’d love to show you why we think this place is magical in all four seasons!